Positions are where you place your arm, hand, and fingers. With each higher position, your entire left arm moves to a different place.

The music has to follow some structure, otherwise, it would be an amorphous mess. In western music, this structure comes both from the relationships of the frequencies of the notes, which gives us octaves, fifths, and so on, and a specific way of dividing the distances between octaves up.

Table of content hide
1. What are the Finger Positions for Violin?
2. Free Violin Finger Charts
3. How Do Violinists Know Where to Put Their Fingers?
4. Final Note

What are the Finger Positions for Violin?

If you didn’t have a chance to read my post about all violin positions or the basics of finger placement on violin, here is the definition of violin finger positions:

The positions on a violin are the places where your left hand is located on the fingerboard. Positions are numbered from the first, which is very close to the scroll, usually to the eighth, but there are even higher violin positions. Violinists typically learn first position, then third position, then fifth or second position, then the others.

On the violin fingerboard, we can locate each note, starting from G3, the lowest note of the open G string. You cannot play lower than this without de-tuning the instrument. The highest note is A7 on the E string, though in practice E7 is considered to be the practical limit.

As the notes are all along the strings, we need to have a way to move the hand up and down the fingerboard to reach them. This is where positions come in. The lowest place you can place your hand on the violin is called the first position, this is where your first or index finger goes, and it’s one whole tone up from the open string.

Depending on what key signature your music is in, the pattern of the fingers in the first position will be different. Here are some finger patterns for various key signatures. You can see they are all different.

You can also see that a particular finger is not always at the same level. In other words, the distance between fingers changes. For example, in the G Major scale the first finger is always one whole note above the open string. The second finger in the same scale needs to be located closer to the first or to the third finger, depending on which string a note has to be played.

In the other key signatures, however, the first finger has to move down a semitone on certain notes, into half position. The same thing happens for the other fingers.

What makes this still the first position is that your arm and hand are in the same place. To shift to a higher position, this whole unit has to move.

To give you a better overview, here is an image with all the notes in the first position. When you play in a specific key signature, you don’t use all the notes.

The first position is where your first finger is on the level of the notes A, E, B, F#, one note from the top of the fingerboard. The other fingers follow according to the finger pattern for a given key signature.

If you feel you need to study the left hand position first, make sure to read my post “Holding the Violin: Basic Violin Left-Hand Position.”

Here you can download a booklet with the most common scales for your level:

What is the Highest Position on the Violin?

How Many Violin Hand Positions Are There?

There are 14 violin hand positions but for most practical purposes music is written for up to the eighth position. Usually, higher notes are played just occasionally. Above the eighth position, the notes are so close to each other so they become increasingly difficult to play.

How Do Violinists Know Where to Put Their Fingers?

When you start to learn, your body has no idea what it feels like to play, or where the right notes are. For many beginners this is why putting tape to mark the position of the fingers can be helpful. As you practice, your fingers become used to moving to a certain place and will remember this better and better with each repetition.

In fact, studies have shown that the human body has a remarkable ability to make extremely precise movements, and remember exact positions. So it is not surprising that your arm, hand, and fingers, working together will be able to learn where to position themselves to play just that one specific note you need.

In one study they asked volunteers to approach a small object on the table with the intention of picking it up. Then they stopped them just before they touched the object and measured the distance between the thumb and the finger. It turned out that the distance these volunteers opened their grip was accurate to fractions of a millimeter, which shows just how much precision our fingers are capable of.

So trust that your body can do this. Teach your fingers slowly and patiently the place of each note and teach your arm, hand, and fingers to work together and remember how each position and note feel.

How Many Notes Are on the Violin?

The violin has 51 notes from the lowest note – G3 – to the highest note – A7, including all semitones (closest notes to each other in western music). Since you can play all tones between them too, it makes for an infinite number of notes.

Here is the calculation of the notes: from A3 to A7 – the highest note – there are 4 octaves plus the last note. Adding the G3, the open G string, this makes 4 octaves and two notes. This is the range of the violin. Each octave contains 12 semitones (counting only the starting note and not the octave above as that will be counted in the next stretch), altogether 48 notes, plus the last A7, plus the G3 and the G3#, which makes 51 notes.

The 51 ‘official’ notes (here I have not mentioned temperament or equal tuning, which is a whole other can of worms), are spaced differently depending on how high a position you are in. When you pluck an open string, it will vibrate with the whole length of the violin string. If you then want to play an octave higher on the same string, you have to press it down in the middle of the string, which is halfway.

If you want another octave higher, you have to have a vibrating length which is half of this half, that is a quarter of the original length. This means that the first octave takes half the length and the second only a quarter length. Similarly, the third octave will be 1/8 of the initial length and so on, halving each time. In fact, it pretty soon gets so tight, that nobody can fit their fingers that closely.

This picture shows how the lower down you are on the fingerboard, the more space there is between notes.

If you’re a beginner, the most important to learn for you is the first position and how to read the notes in this position. Click here and check out my article about violin notes for beginners!

While this may feel like it’s very complicated, do not despair. Take things in small steps, learn one or two things at a time. Your body and mind will adapt and learn, just like you managed to learn to speak a very complicated language and didn’t even notice it.

I hope this article gave you a better understanding of the notes on the violin fingerboard, finger positions, and finger patterns that you need to learn. 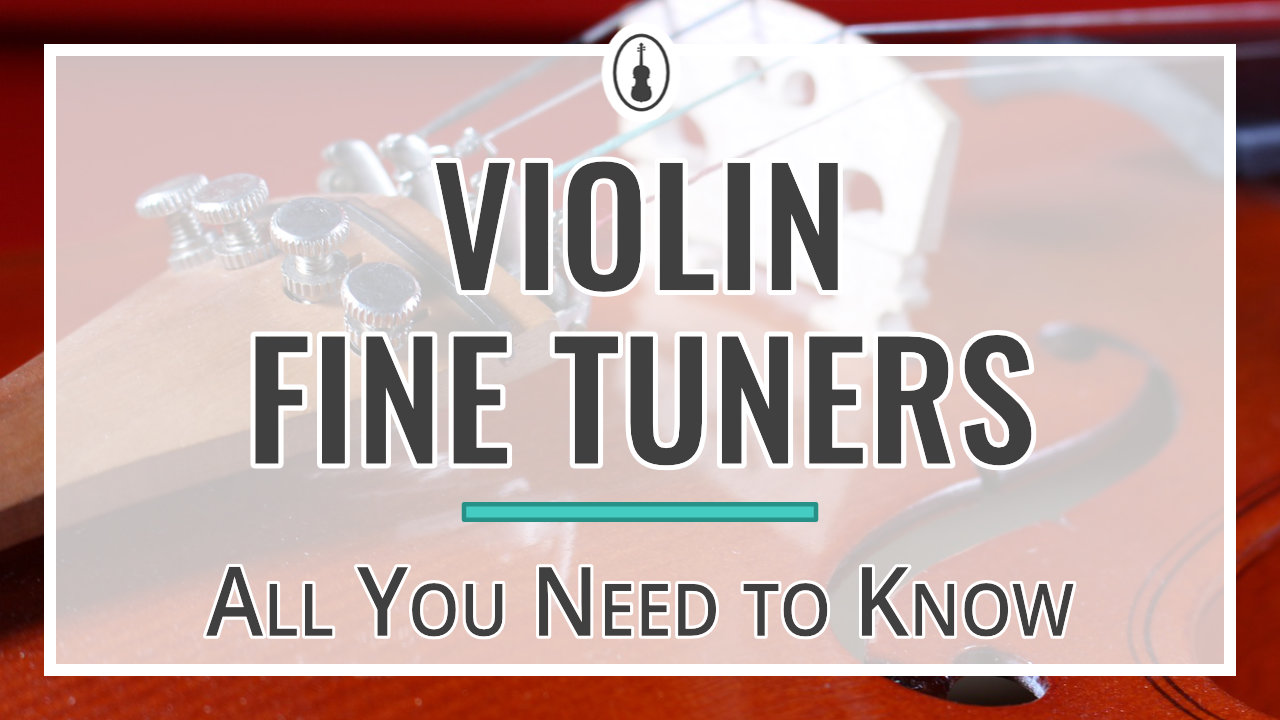 All You Need to Know about Violin Fine Tuners 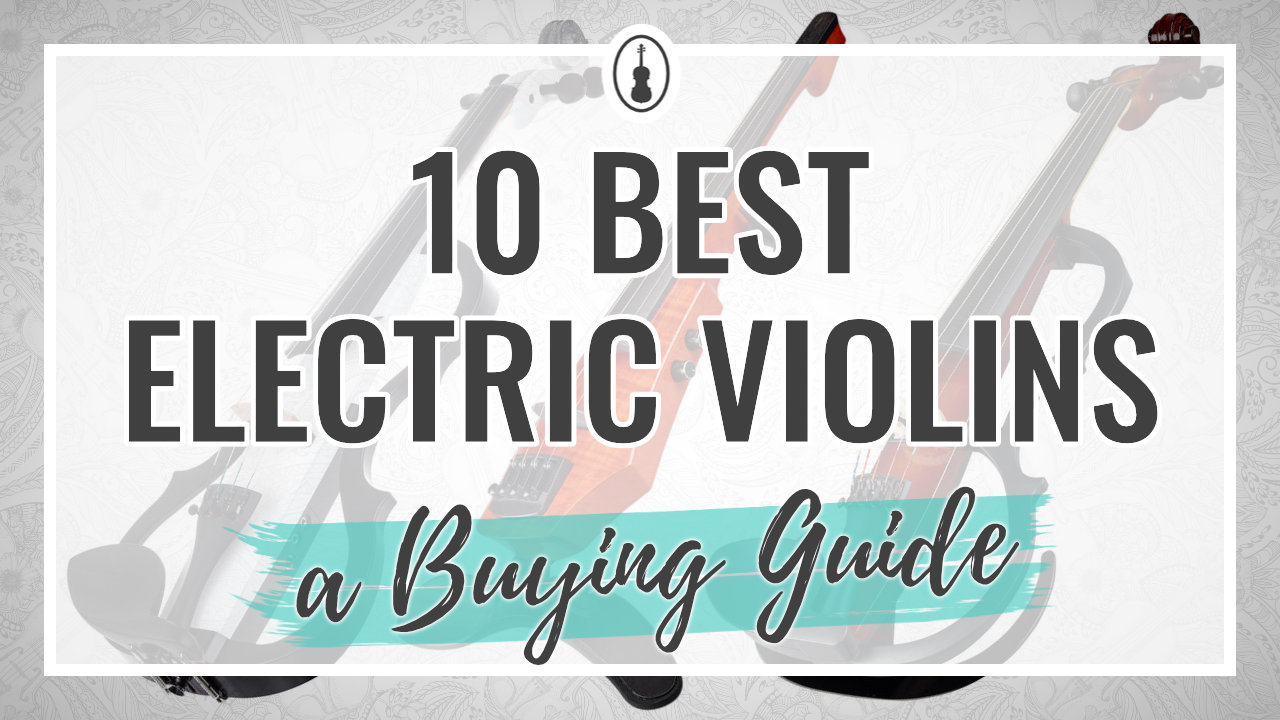 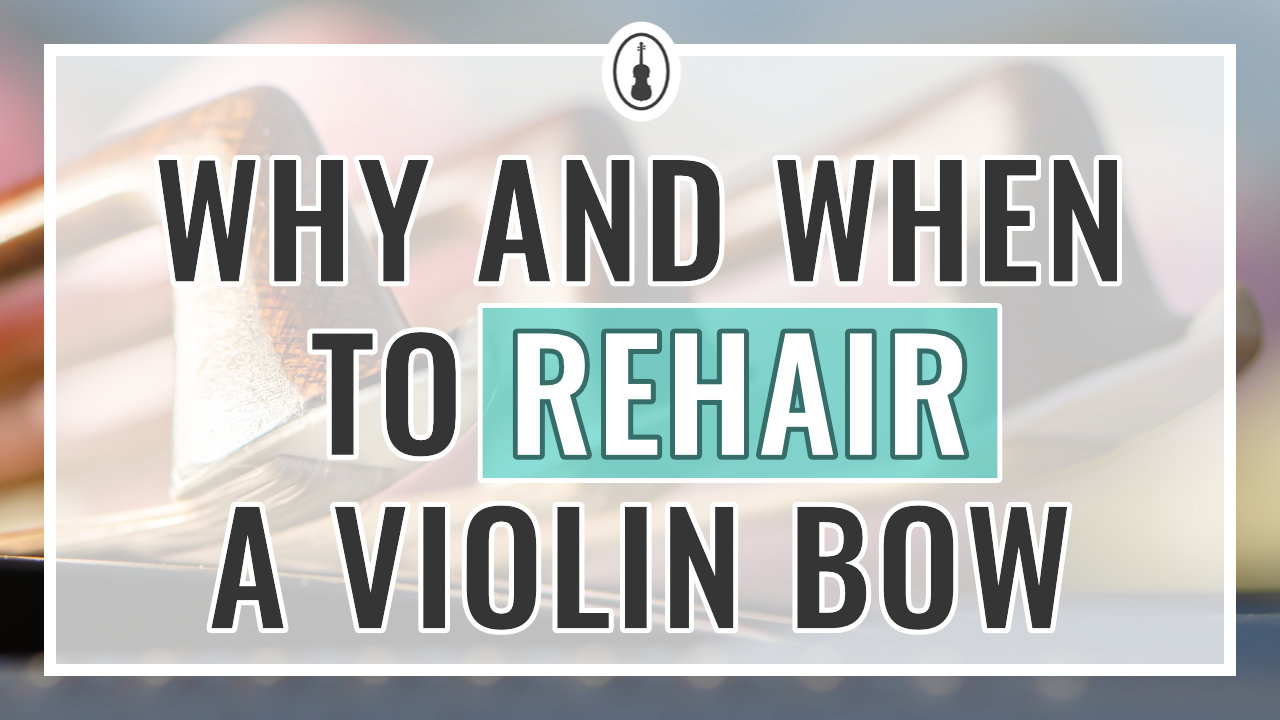 Why and When to Rehair a Violin Bow? 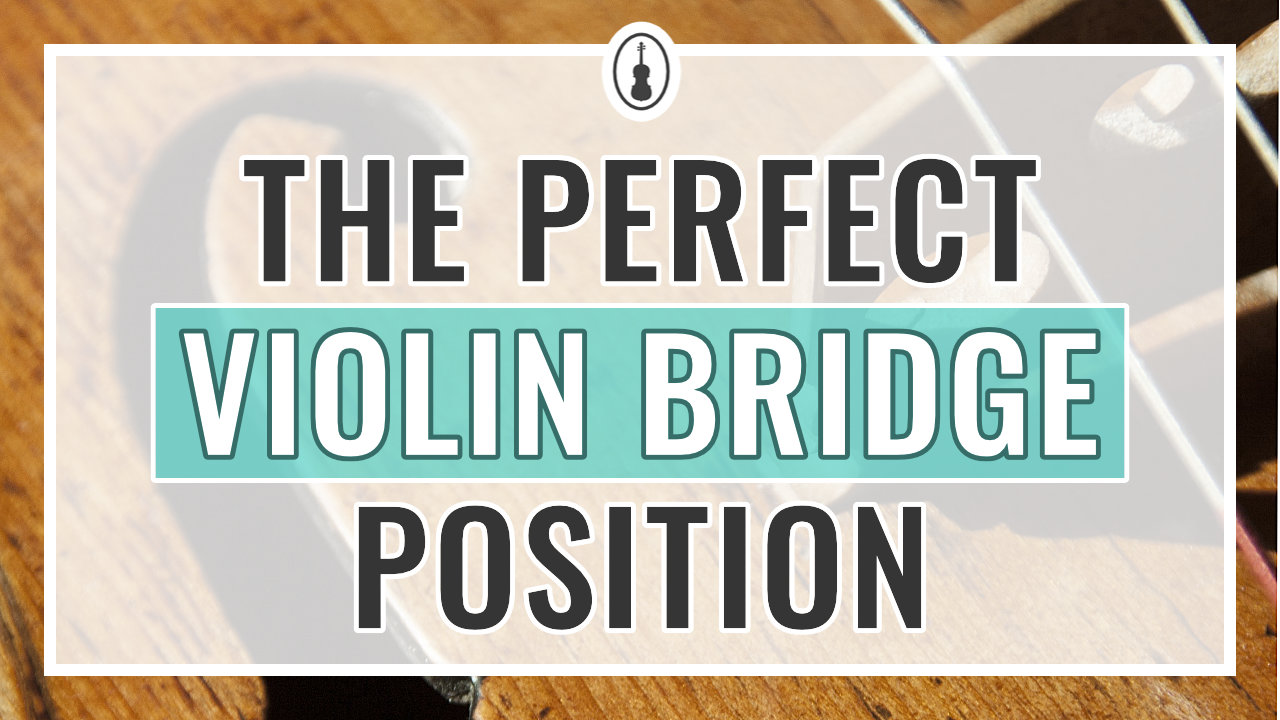 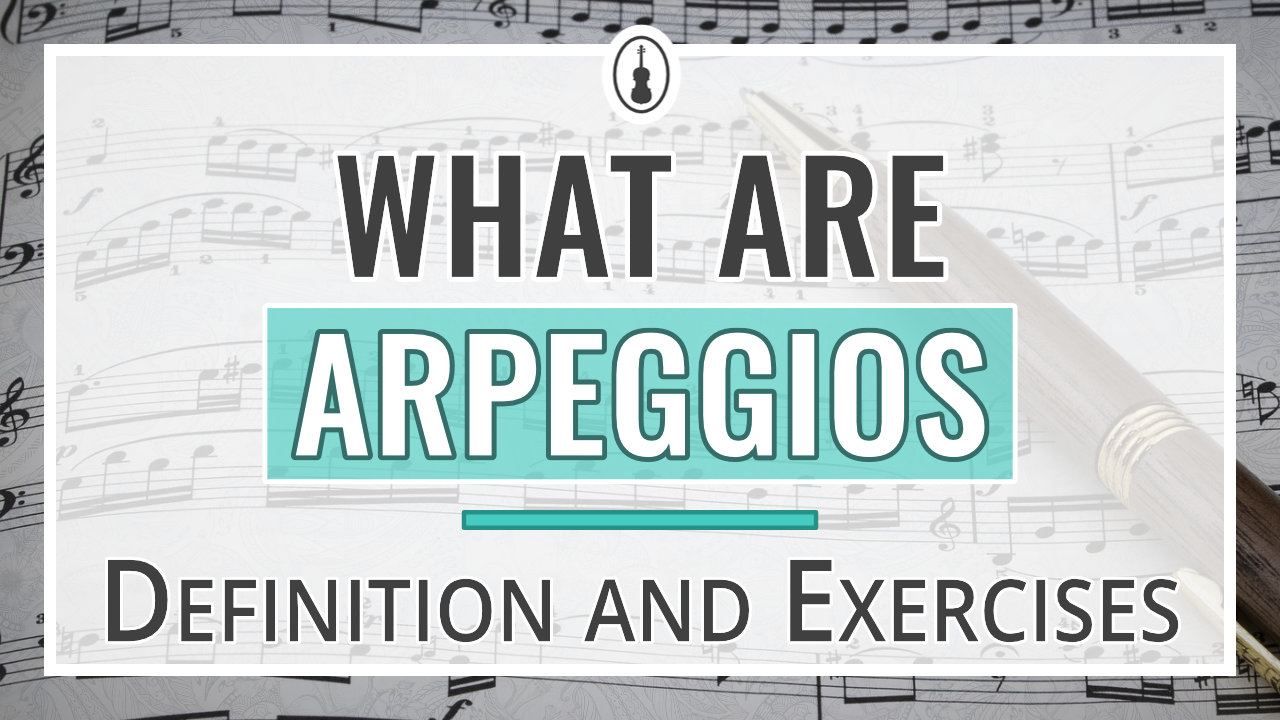 What Are Arpeggios – Definition and Exercises 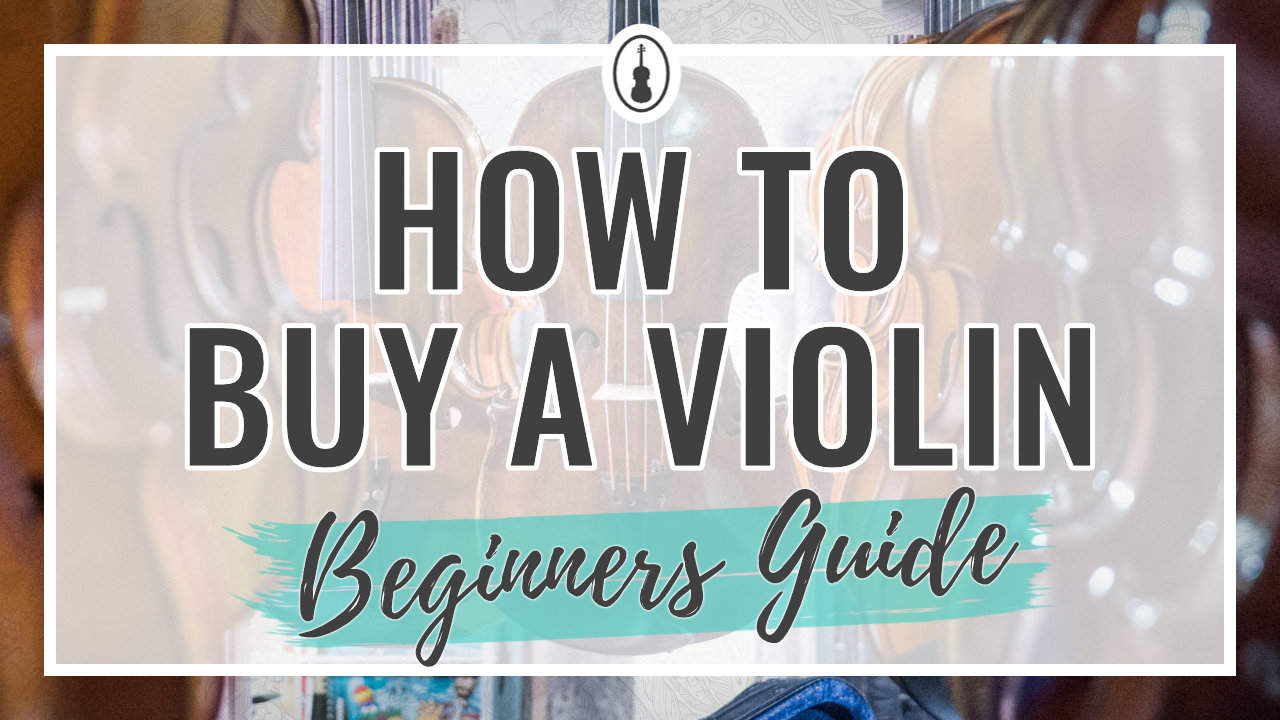 How to Buy a Violin – Beginners Guide 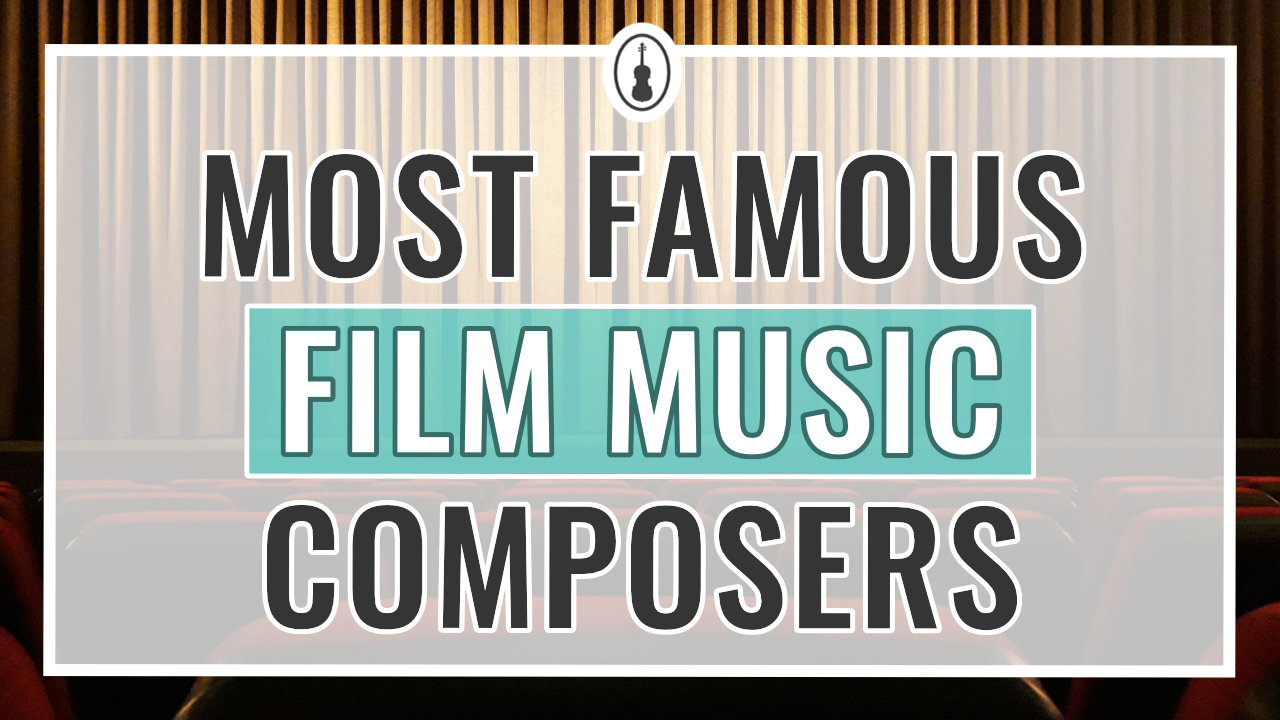 Top 17 Film Composers and the World of Film Music 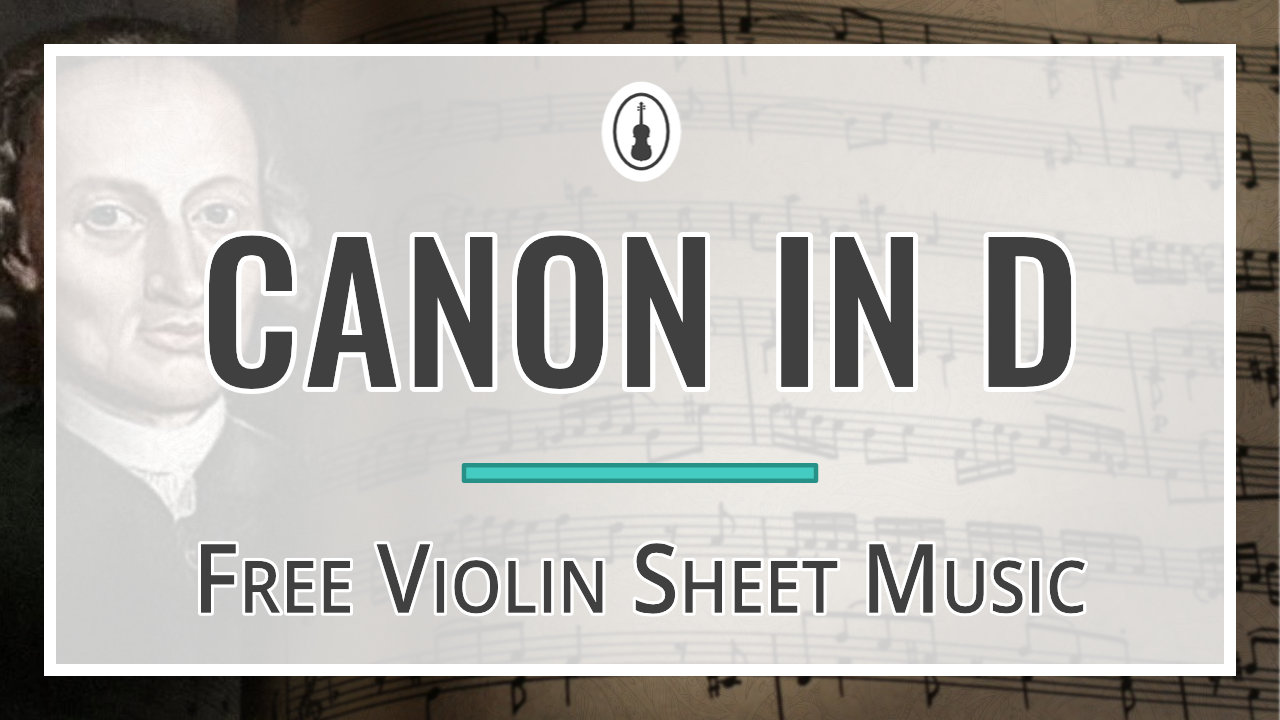 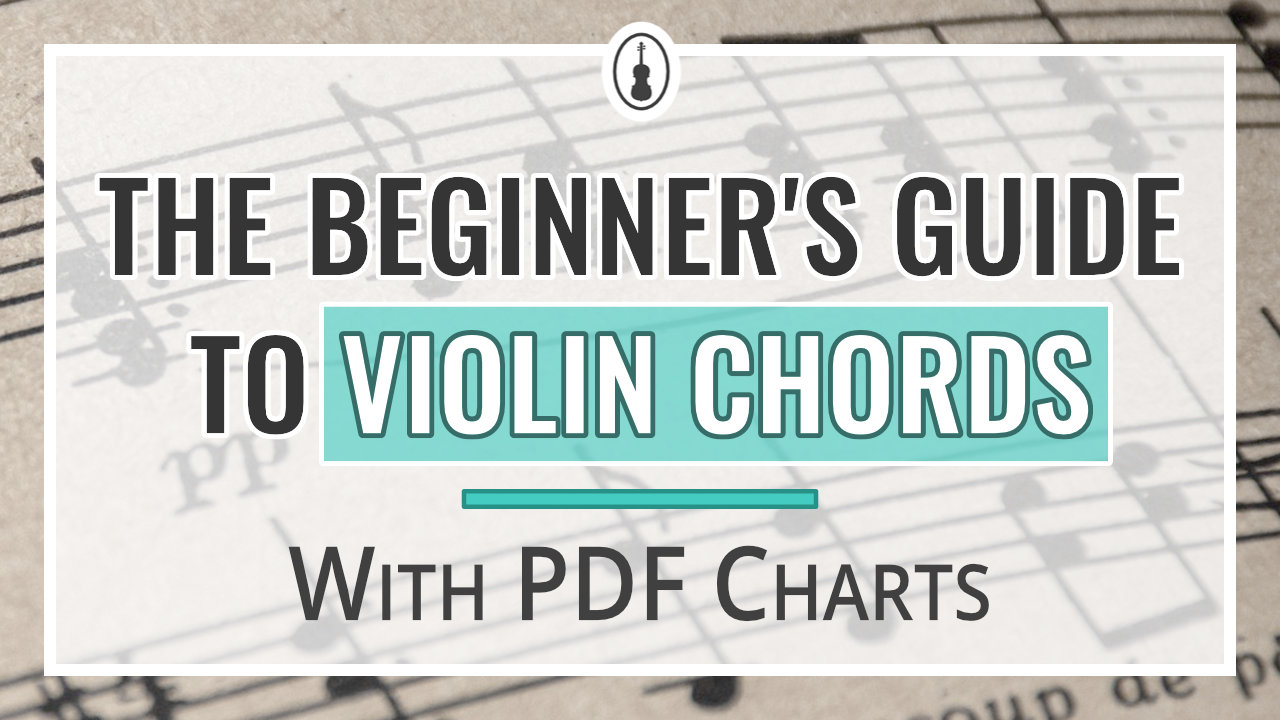 The Beginner’s Guide to Violin Chords 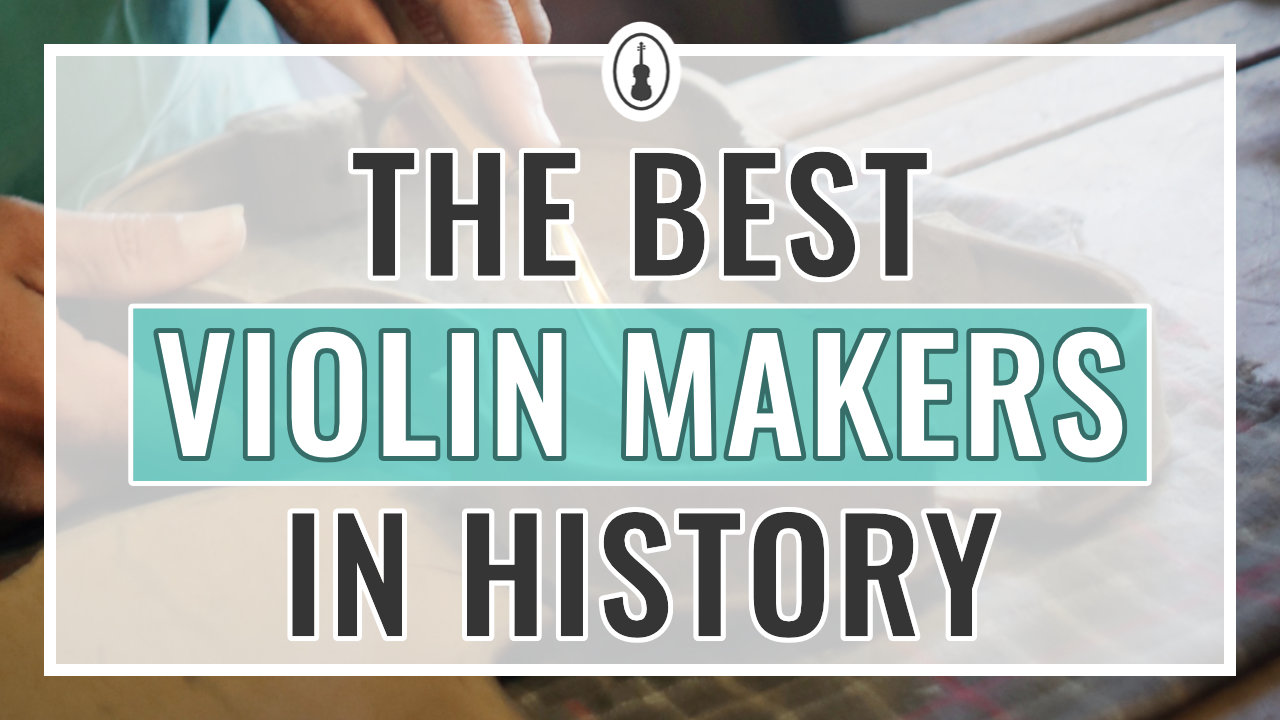 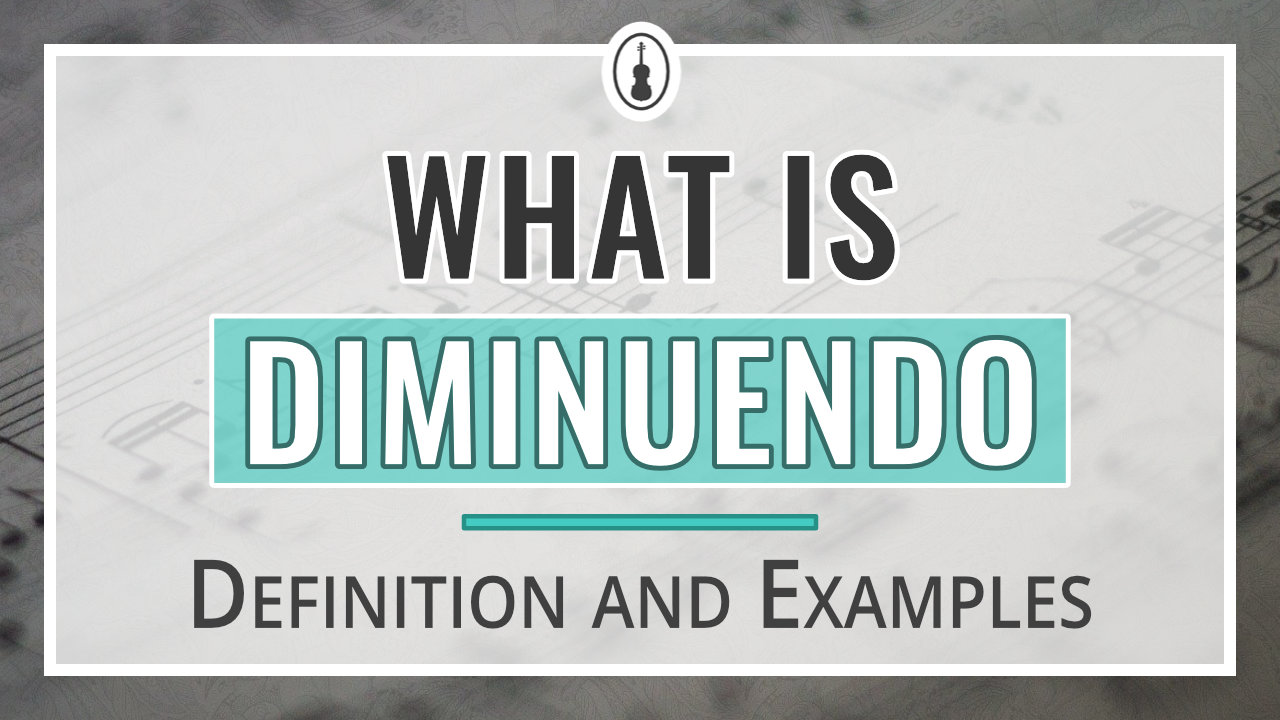 What is Diminuendo – Definition and Examples 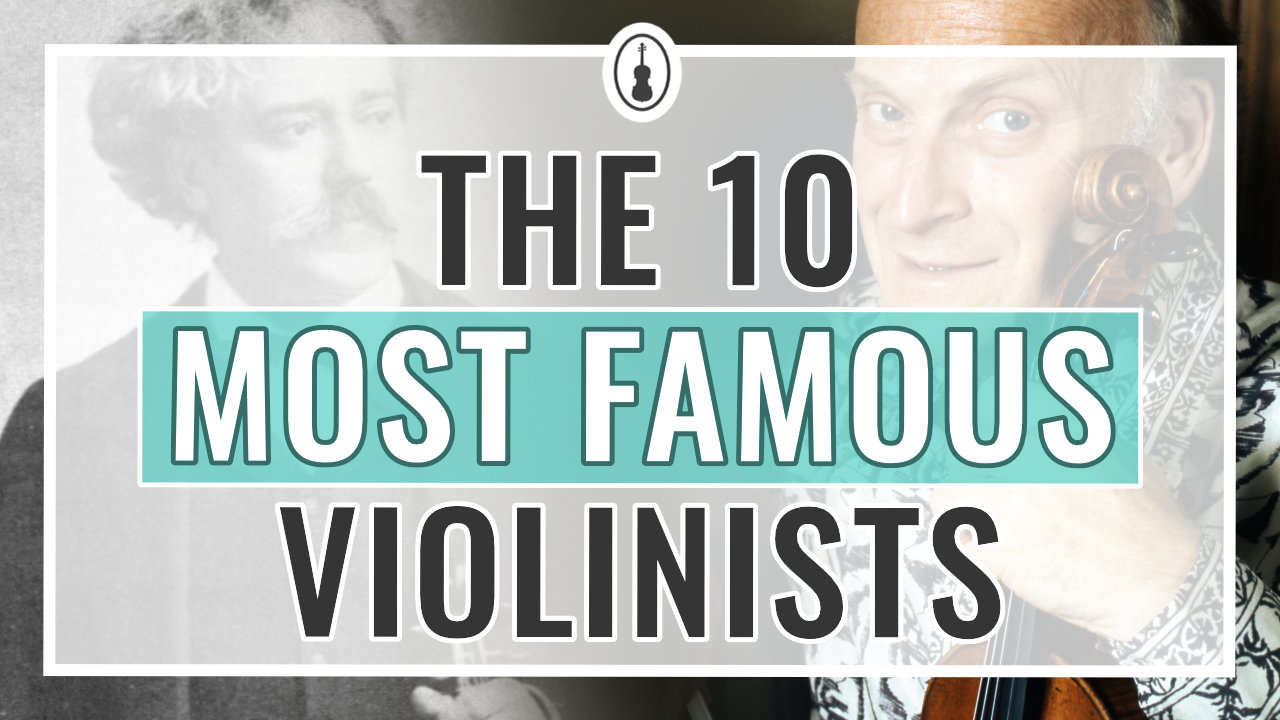 The 10 Most Famous Violinists of All Time

Save & Accept
You are going to send email to
Move Comment